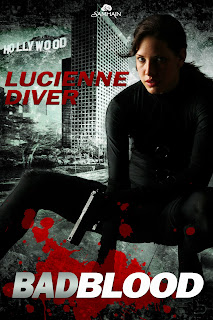 Please welcome today's guest blogger, Lucienne Diver.
When my grandmother died, she left me two things that I cherish to this day: a coffee table book on Broadway musicals and a Larouse Encyclopedia of Mythology.   Probably unsurprisingly in my world, the Larouse gets a lot more use.
I can’t say when I first became fascinated by Apollo.  It might have been back in the fifth grade when I started taking Latin.  Along with declining verbs (which I hated), we learned an awful lot about Greek and Roman mythology and civilization (which I loved).  Apollo, interestingly, was “Apollo” in both pantheons.  It might have been later than that, perhaps in college when we got more in depth in the course I took on Greek archaeology.  Either way, I’m quite sure it started whenever it was I discovered that this Greek deity was said to have turquoise eyes and golden curls.  It’s a stunning combination, to be sure, but it wasn’t the aesthetics of it that caught my attention so much as the seeming incongruity compared to his brethren and sistren, with the exception of his twin sister Athena/Artemis.  I started wondering, which started me reading.  According to Larouse, “Some authorities believe that he came from Asia and was either a Hittite god, a Hellenic double of the Arab god Hobal, or a god of Lycia.  Others, because of his close relations with the Hyperboreans, think that he was a Nordic Divinity.”   Now, either way, my first thought was “oh cool!”  Apparently, Apollo so enticed the hearts and minds of the cultures he touched that he was not only adopted, but given over attributes of other divinities who had come before him.  By the time he was finished, he’d not only more or less taken over for the sun god, Helios, but had also become the god of music, prophecy, the harvest, archery and pastoral life.
In fact, on the tour of Delphi my family and I took earlier this year on our trip to Greece, I learned that Apollo was so powerful that supposedly at four days old he set off to found his own sanctuary and discovered the perfect spot on Mount Parnassas.  Of course, it was already dedicated to the mother-goddess, Rhea (Roman: Gaia), and guarded by the enormous Pythian serpent, which he defeated single-handedly.  Interestingly, he punished himself (or Zeus punished him, depending on who you ask) for the act of murdering the mythic creature, exiling and humbling himself for a period of time (while his sanctuary was established).

Even more interestingly, Apollo was said to go walk-about during the winter months, giving his sanctuary over to the god Dionysus, who was honored in his absence.  Where did he go?  Well, that’s a matter of some debate.

In many ways, Apollo’s origin story echoes that of Heracles (or Heracles’ story mimics his)…the childhood wrestling of the serpent, etc.  In other ways, his story is unique among the myths.
All of this led me to wonder…what would the Apollo of today be like?  Would his ego have diminished along with his worship?  What about his allure?  How would he react to a hard-as-unpainted-nails woman who could see right through the dangerous attraction?  I won’t say these questions led me to the writing of Bad Blood, because that all started with Tori Karacis, former circus brat and current P.I.  But it did lead me to a potentially deadly love triangle.  You see, Apollo has a rival for Tori’s affections, and gods don’t like to lose.
Bad Blood, first novel of the Latter-Day Olympians
Available digitally June 28, 2011, print in 2012
www.luciennediver.com
Facebook fan page
Twitter

Lucienne Diver is a literary agent by day, a writer and journeyman jeweler by night. She started writing in her teens because talking back to the voices in her head wasn't socially acceptable—and she already had enough to deal with being a drama and AP English geek.
Her credits include short stories and a romantic comedy written under the pseudonym Kit Daniels. With her young adult novel Vamped, she's taking off the mask and stepping into the full glare of ... indirect sunlight. Because as her heroine would tell you, anything else is hazardous to your health, especially once you've been Vamped.

Congratulations on your upcoming release! Your new series sounds very interesting. I've always had a thing for the greek gods:)

Thanks so much, Maria! Yeah, Greek mythology is so fascinating. So the drama!

Welcome, Lucienne. I can't wait to read this one. I also love Greek mythology. I never knew all those tidbits about Apollo!

Wow! I loved Greek mythology in H.S. and college, but I can't say I knew all that. Thanks for sharing. I can't wait to read Bad Blood.

If that Larousse book is World Mythology, I have it too. My current proposed trilogy is based on Norse mythology, like the film Thor (which I loved). There's so much rich material to draw from in these myths. Good luch with your series.

Nancy, yup, it is world. Great book, isn't it? More in depth on some mythologies than others, but fairly extensive.

My first introduction to Apollo was from the original Battlestar Gallactica. I thought he was cute! :) But I too was fascinated with Greek mythology. Now I'm fascinated by your upcoming series, Lucienne! :)

An easy primer on the Greek gods is Percy Jackson & the Olympians. You remember them easier when they come to life in the film.

Congrats on the upcoming release - looks like a fascinating story!

I love to win stuff. In fact, the only thing I enjoy more is giving stuff away! So enter my Rafflecopter, make me happy. And win a gift car... 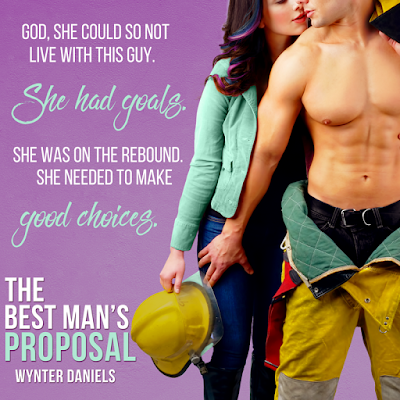 Charmed by a Ruby

Thursday with an Editor Series